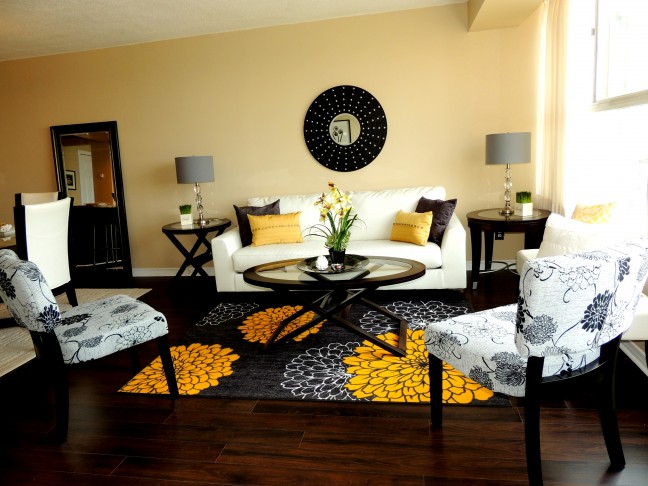 This condo was renovated and the owner decided to have the unit staged. He had multiple clients and the condo was rented after two weeks.

Beautiful 2 bedroom home located in downtown St.Catharines, close to shopping and easy access to the highway.

Condo staged by Images Staged with Flair, staged homes will sell faster and for more money.

Please call us for all your staging needs

Does staging work? Yes it does!!!

Does staging work and does it help to sell your home faster? You bet it does!

I was asked to stage a row  of townhomes back a few months ago. There were  8  units  and they were listed  for almost 6 months without any offers  while they were vacant.  Upon entering the  condo I realized what  part of the problem was!  The condo had a very nice open concept feeling, you walk in the  front door  and you had a straight sight line directly from front, through to living room/dining room/ kitchen and then  to the back yard.  We  did recommend to the builder that they add a raised deck off the back patio doors, which they did for the model  home, this gave the buyers  extra living space outdoors.

We staged the model using the furniture to create the function of each separate space as shown in the picture below. First area was the living room, second area was the dining room, but in between both spaces we added a buffet side cabinet , and when placing it in between both rooms, it told the buyers where the living started and ended and where the dining room started and ended, thus giving each space its own function.

Once staged they sold  two units, one was the staged unit one was the vacant unit. Great!! I was so thrilled and I was hoping for the quick sale of the other  6 units.  Since the staged unit was sold we had to move our furniture and accessories down to another vacant unit, which we did and then we had a new model condo to show to potential buyers! 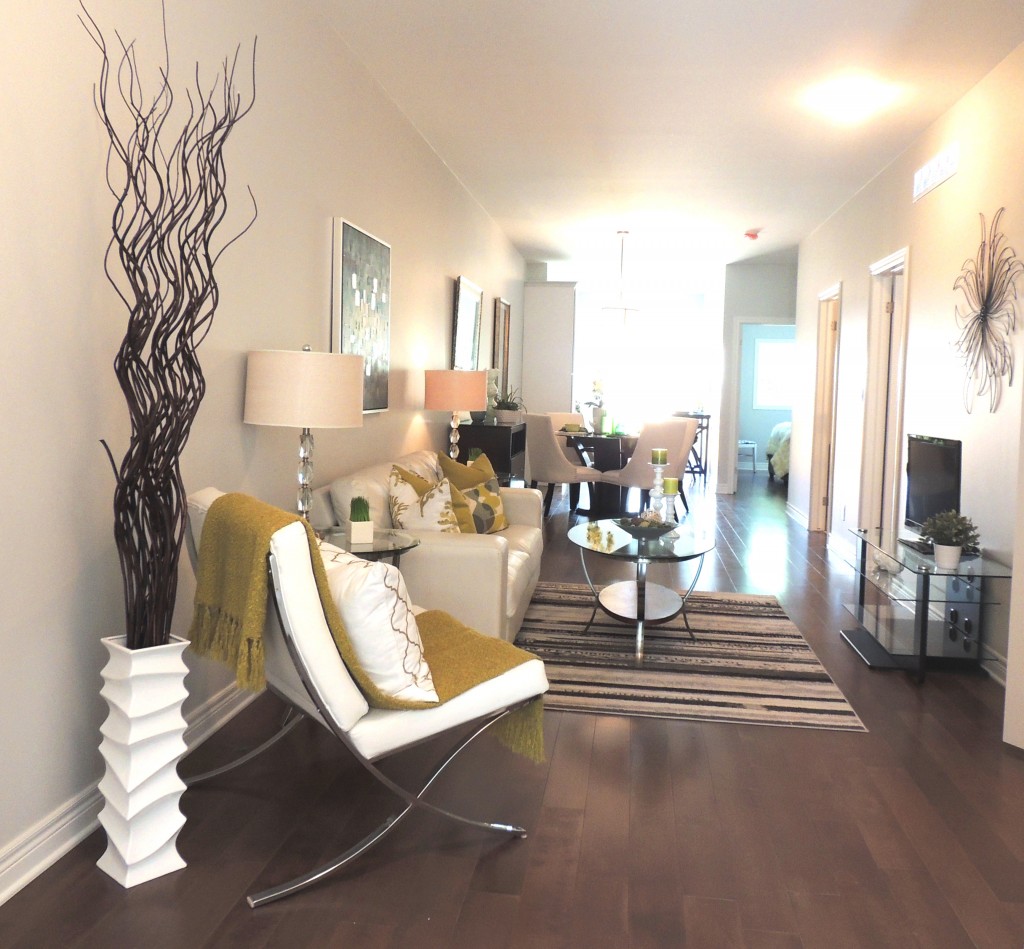 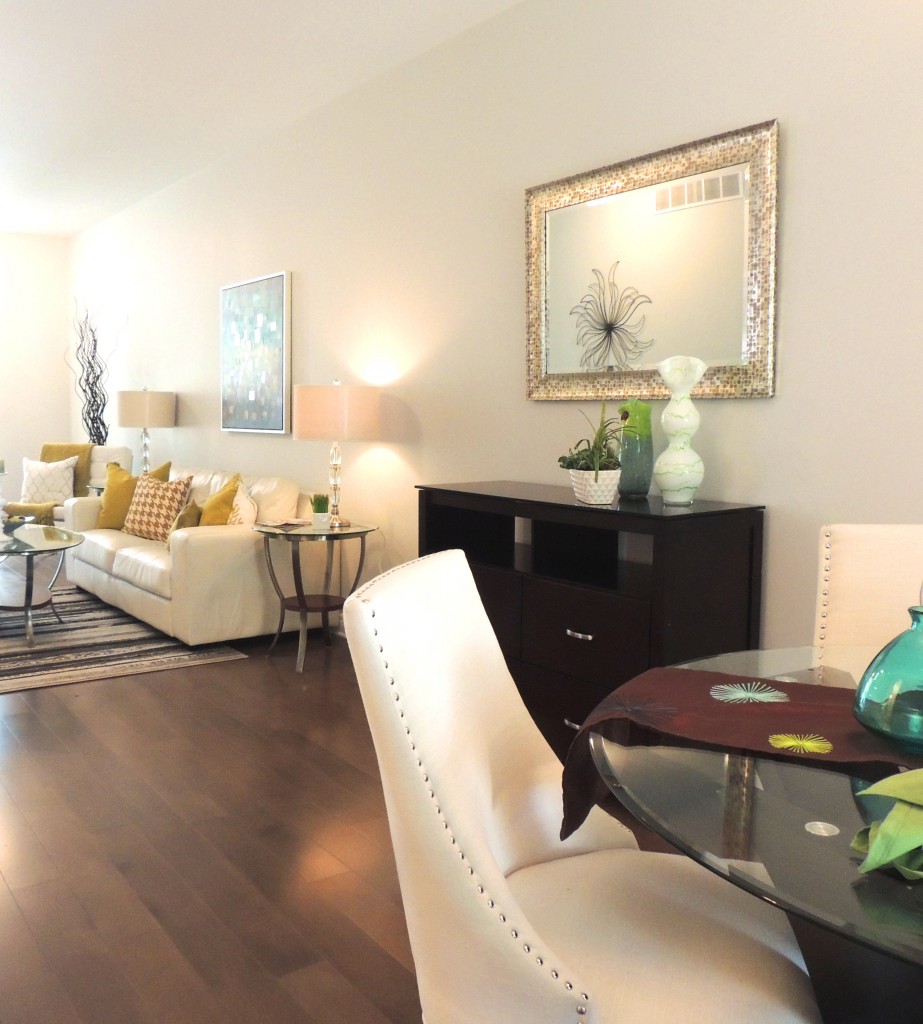 Does staging work? What happened in the next two months is why staging does  work!!!!

I am happy to say that  all are now sold except for one!!!  Fantastic right? Well every single townhome that sold was a staged model unit!!  We moved our furniture and accessories 5 times !!! The home buyers had the opportunity to purchase a vacant unit  and not  a staged model, but in every case,  every  unit  that was  purchased ,the buyers choice was always  the staged unit over the vacant unit!